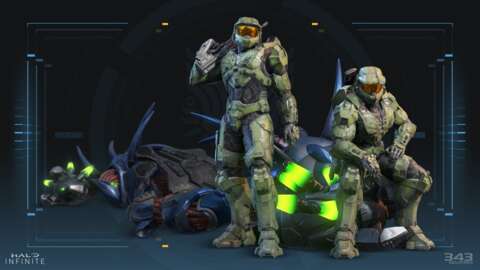 Online co-op is finally coming to Halo Infinite via a test flight this month, and some fans are upset that they’ll have to be within 1000 feet of their friends while playing the campaign.

343 recently announced that it would begin an early test on July 15 and shared more news on how the co-op would work in Halo Infinite. To keep the game from breaking, it created an “Area-Of-Operations,” limiting how far players can move from another in-game. “If you stray too far from your Fireteam, you will get a warning to return to the team. If you ignore that warning and continue, you will be killed for going AWOL and be spawned back on your nearest teammate,” 343 said.

A player will be warned when they’re 800 feet away from another player and then killed once they reach 1000 feet.

While previous Halo games did traditionally have limits on how far co-op players could be apart from one another, the open-world nature of Infinite led some to hope that such a limitation would not exist. As such, some fans are upset, with Reddit user Jarvar 17 posting on the Halo subreddit to express their disappointment.

The co-op beta will only be for the online campaigns, and fans will have to wait a bit longer to play split-screen couch co-op. If players want to try co-op early, they must sign up on the Halo Insider program. This isn’t the only pushback 343 has been getting, as some fans have criticized the company for their Juneteenth Cosmetic and lack of Forge mode, which is still in development.

For more Halo Infinite news, check out these stories: